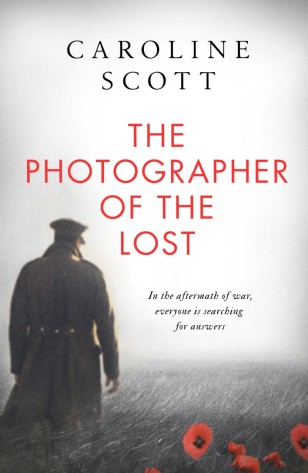 Until she knows her husband’s fate, she cannot decide her own…

An epic novel of forbidden love, loss, and the shattered hearts left behind in the wake of World War I

1921. Families are desperately trying to piece together the fragments of their broken lives. While many survivors of the Great War have been reunited with their loved ones, Edie’s husband Francis has not come home. He is considered ‘missing in action’, but when Edie receives a mysterious photograph taken by Francis in the post, hope flares. And so she beings to search.

Harry, Francis’s brother, fought alongside him. He too longs for Francis to be alive, so they can forgive each other for the last things they ever said. Both brothers shared a love of photography and it is that which brings Harry back to the Western Front. Hired by grieving families to photograph gravesites, as he travels through battle-scarred France gathering news for British wives and mothers, Harry also searches for evidence of his brother.

And as Harry and Edie’s paths converge, they get closer to a startling truth.

An incredibly moving account of an often-forgotten moment in history, The Photographer of the Lost tells the story of the thousands of soldiers who were lost amid the chaos and ruins, and the even greater number of men and women desperate to find them again.

With thanks to Anne for providing an ARC proof to review for this blog tour. I have really become more interested in reading about stories based after WWI and II, the recovery and how people were, whether fictional or fact, the stories are usually fascinating and heart wrenching. This story in no doubt provides just that and more.

The story provides so much, from a love of close family, relationships, war as it happens and the affect of the aftermath, is so clear to see.

The story is based I feel more around Harry, he goes to war with his brothers, however when the war finishes, he is not only left with his own few scars, he dedicates his time in photographing evidence of the lost husbands, fathers and relations, that people wish to see – their graves or where they were last seen, hoping to give them some comfort, knowing where they are or have been.

Edie’s husband goes missing in action, no one can confirm his grave site, there is no evidence of where he could be, apart from this mysterious photograph that Edie receives in the post, of a much older Francis.

There are secrets of love, confusion between the brothers and times that broke my heart while reading. Would it have been better if the brothers were from the beginning, posted far away from each other, not being able to see what they all went through? That is one question I had, as I read on through the story.

There are always questions throughout this story, what the characters felt, what went through their mind. I thought this was a fascinating touch, we all like to add a few questions ourselves, with knowing what a character was/is thinking, this brought the characters to life.

The descriptions of the environment, the surrounding landscape, along with the sounds that could be heard, during the war and after, for me felt like I was not only there, I could also feel it! It was emotionally driven, providing the reader with a more in-depth experience, fuelling the emotions of the characters and their situations.

During Harry’s journey he meets various characters, Rachel who is looking for her husband, who I also feel feels lost within herself, as she is unable to move on. Cassie and her husband Ralph, who help Harry to find out more information about the missing men in action.

The chapters throughout the book jump from during the war in 1916, to the time after in 1921, with some dates in between. It is defiantly not difficult to link these parts up, this helps to clarify some questions and how part of the story connects to one another.

This story is emotional, raw and immensely moving, I loved reading every moment, this is not only one story I could read again, I feel it is one that I could read endlessly. The story telling is effortless, with something that you can take away with you, once you have read it!

I would definitely recommend reading this book. You can purchase it here from Amazon.

Caroline completed a PhD in History at the University of Durham. She developed a particular interest in the impact of the First World War on the landscape of Belgium and France, and in the experience of women during the conflict – fascinations that she was able to pursue while she spent several years working as a researcher for a Belgian company. Caroline is originally from Lancashire, but now lives in southwest France. 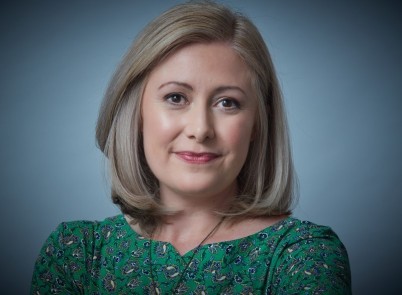 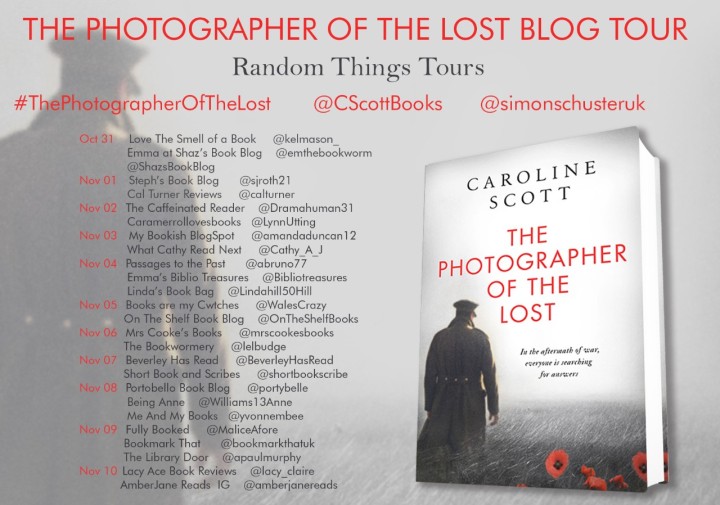